The Ministry of Education, Government of India, has appointed Dr. Shailendra Raj Mehta, President & Director, MICA, Ahmedabad, as the Vice-Chairman of the Governing Body of the Indian Institute of Advanced Study (IIAS), Shimla. In addition, the Government of India has also re-constituted the Society of the IIAS, Shimla, making Dr. Mehta and 26 other experts as members.

This appointment comes after nearly a year and a half of the Ministry of Education, Government of India appointing Dr.Mehta as a member of the Mission High-Level Committee (MHLC) of the Indian Knowledge System (IKS).

In his email to Dr. Mehta, Mr.Chaman Lal Gupta, officiating director of IIAS, stated: "I feel extremely happy to inform you that the Union Ministry of Education, dated December 30, 2021, has nominated you as the ViceChairman of its Governing Body. I congratulate you and welcome you to the Institute." 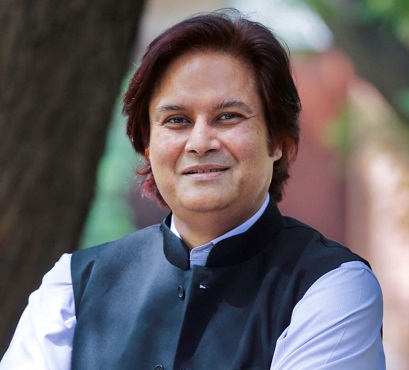 The first meeting of the re-constituted Governing Body is scheduled on February 3, 2022.

Before MICA, Dr.Mehta headed Auro University (as Chairman of the Board of Management and Acting ViceChancellor) and Ahmedabad University (as Provost/Vice-Chancellor). He was also the Visiting Professor of Business Policy at the Indian Institute of Management Ahmedabad (IIM‐A). Prior to that, he was at Purdue University for 16 years, where he taught Economics and Strategic Management. While at Purdue, he co-founded Simulex Inc., a high technology company in the Purdue Research Park. He continues to actively mentor and support startups.

Over the years, Dr. Mehta has consulted with and taught senior executives worldwide, including executives from North America, Europe, Africa, and Asia (including CEOs in Pakistan). In addition, he has done numerous programs for civil servants, including senior IRS, IFS, and IAS officers (of which one was for all secretaries to the government of India).

He has done extensive research in Entrepreneurship, Industrial Organization, Information Economics, and Experimental Economics. His research was the subject of a full‐length review by the Economist. His work on creating world-class universities has been discussed worldwide and profiled in over ten languages, including Chinese, Russian, French, German, and Arabic. He is regarded as one the top researchers in the field of strategy in the country.

His BA and MA are from Delhi University (St. Stephen's College and Delhi School of Economics, respectively), his MPhil is from Balliol College, Oxford, and his Ph.D. is from Harvard University.