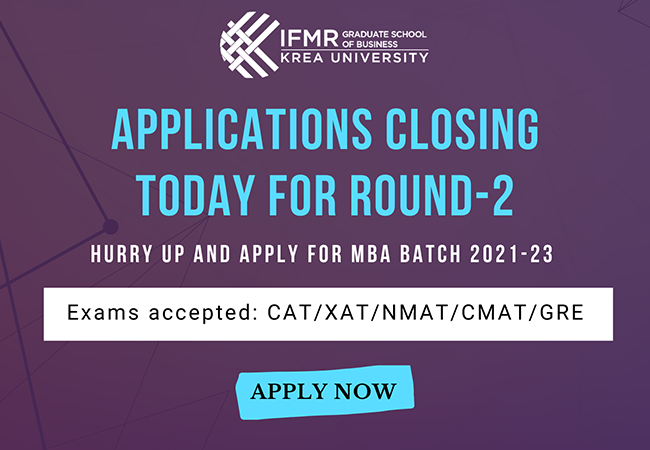 
It’s time to convert those dreams into reality. If you have cleared the cutoff of your favorite college, you must start preparing for MBA WAT Essays and polishing your writing skills. IIMs and all top MBA colleges conduct a writing ability test (WAT) or Academic Writing Test (AWT) to check your – General Awareness and Language Skills

The popular IIM WAT Topics 2021 are mostly related to social issues, current affairs and business and economy. MBA Rendezvous has listed all the burning WAT Topics for MBA 2021 that can be asked in the WAT round, and the Key WAT Tips to keep in mind while preparing and appearing for the round. Checkout the Writing Ability Test Sample and popular writing ability test topics 2021.

Written ability Test  has also become a tool to test MBA aspirant on assessing overall communication and personality so it is also equally important and crucial component of MBA selection process.

We at MBARendezvous.com - India's content lead MBA Website, have started series of articles on "Written Ability Test" which will certainly help you to clear MBA admission selection
This article on "Aspiring beyond potential” will boost your confidence to be successful in Written Ability Test:
The world is full of people who aspire to become more than what they are really capable of becoming. Sometimes, these people are dreamers who are willing to push the boundary and keep trying till they have finally achieved their sky high dreams. On the other hand, some people make only the overtly ambitious lot who though dream very high, are absolutely incapable of achieving their dreams. The truth is that the world will always be full of people who belong to the two extremes. The question is which extreme is the better one? Who are better- people who aspire beyond their potential or people who realize their true potential and settle for their right calling?
Before the above questions can be answered, one need to answer another question in retrospect- Is aspiring beyond your potential, the right thing to do? Or, is it absolutely useless to aspire to try and achieve things that lie above our horizon of comfortable extent? One way to look at this riddle is to settle by thinking that if a person does not set high standards for himself, he will never take the plunge and be able to realize what his true potential is. When people set the standards at mediocre, they, more often than not, end up working less than what they are truly capable of.
On the contrary, when people set the standards at levels that they generally presume to be beyond their level of achievement, they at least get inspired to work harder and push their limits. When this happens, they might not be able to achieve what they had actually aspired for, but in the process, they will at least be able to achieve a little better than what they thought they are capable of. After all, it is only when people begin to push them, do they start expanding their horizons. Thus, at times, it is good to aspire beyond your potential because it is the only way of broadening one’s horizons and learning new things.
However, at times, aspiring beyond potential can turn out to be lethal when a person begins to become obsessed with achieving success. Often in their endeavor to achieve success and their set target, people resort to using unfair means and cross the line. Twisting work ethics to suit one’s own needs can have dire consequences in the long run. Not only that, many times, when overtly ambitious people are unable to achieve their set goals, the failure takes a mental toil on their psychological well being.
In such a case, aspiring beyond potential can prove to be dangerous. Only the people, who have a balanced personality and are able to take failure with a hint of optimism and learn from it, should set extremely high standards for themselves. People, who are unable to deal with failure and are easily led into pressured state due to the fear of failure, should realize their true potential and decide their goals accordingly.
This leads us to the second part of the discussion. Who are better-“people who aspire beyond their potential or people who realize their true potential and settle for their right calling?” The answer to this question lies more in how a person deals with a situation rather than what he decides to achieve. Setting the target is only the primary part of the entire process. The main thing that counts is how different people deal with the outcome of their work and efforts.
If a person belongs to the group of people who put their ambitions and achieving success above everything else and are unable to take a fall, they should strictly stop themselves from indulging in overtly ambitious projects. On the other hand, people who are not dismayed by failure and are able to convert it into success with slow and constant efforts, should often set high standards for themselves as through this, they will be able to reach their right place along the way.
Had Mark Zucherberg not aspired beyond his potential, he would have stayed stuck with a mediocre job after Harvard and never created the Facebook. It was only because he decided to take the plunge did he become one of the youngest billionaires in the world and went on to become the Time’s Person of the Year. On the contrary, had Rupert Murdoch not aspired beyond potential and what was legally right, he would have never resorted to unfair means of public investigation in Journalism and been facing the charges that he is facing now. When a person aspires beyond their potential, he walks along a very thin line that he can cross very easily but he never should. If he stays on the right side of the line, he will do himself all the good. If ever, he crosses to the wrong side, the consequences can be remarkably dangerous.
Stay tuned to MBARendezvous.com - India's only content lead MBA Portal