IIM Udaipur organised its annual cultural fest Audacity ’20 on 1-2 February, 2020 at IIMU Balicha Campus.  The event witnessed a footfall of more than 5000 people with a huge number of participants coming from Gujarat, Delhi and other cities. 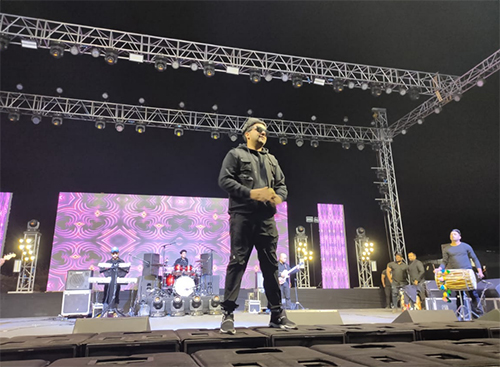 This year, Audacity hosted a live concert by singer - Guru Randhawa, a stand-up performance by Rahul Subramanian, and DJ Nite with DJ Rahill accompanied by an opening act by DJ Smashers. With the theme of ‘Escape Reality’, over 30 events such as a cooking contest, fashion show, group dance, treasure hunt, solo singing, rap battle, street play, case study, debate, etc., were organised. The fest also had various fun activities such as zorbing and paintball.

Prof. Janat Shah, Director, IIM Udaipur said, “IIM Udaipur’s culture enables students to take ownership and responsibility for themselves and key aspects of their affairs. The success of Audacity, which is a completely student-organised event, reflects the creative and managerial potential of our students.” 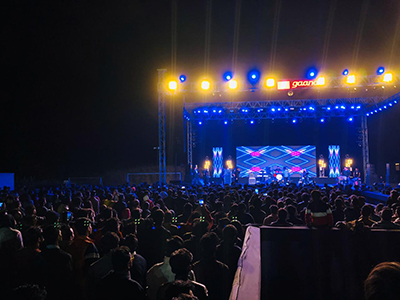 Audacity, the Annual Cultural festival of IIM Udaipur, seeks to match the pace of the institute in all its glory. Every version of Audacity has been an exponential growth over the previous version. The fest driven by student bodies and the batch came together to pull off an event with this big of a scale, nation-wide having participation of national artists like Guru Randhawa, Rahul Subramanian, etc.

The winners were awarded on 2nd day of the event. Prizes worth more than 3 lakh were distributed among the winners, and the fest signed off with a promise to be bigger and better in its upcoming variants. Moreover, to promote mental peace and physical well-being, a dynamic meditation followed by relaxation session was organised by Neha Racca for attendees. 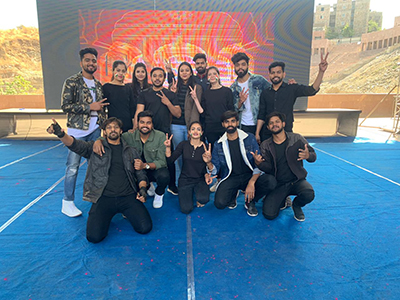 Besides, to ease the movement in and around the city, bus conveyance was arranged at several pickup points for the two routes leading to IIMU. Audacity is held every year and aims to provide an outlet to the creative side of the students and a platform to showcase their diverse talents. The events were judged and assessed under prominent personalities such as Mohammad Rizwan and Ashfaq Noor Khan Pathan for Street Play and Stage Play, etc. The event was supported by various industry leaders such as Secure Meters, Pepsi, Spykar, Gaana, Padharo Travel, Inox and Forum Celebration Mall.