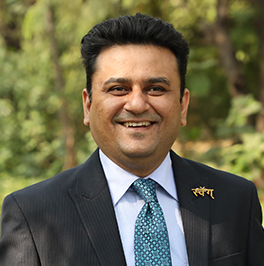 The film ‘Mara Pappa Superhero,’ directed by Dr.Darshan Trivedi, Adjunct Faculty at MICA and produced by Dr. UT Rao, Associate Professor at MICA, has made waves in the international festival circuit since its release and is the only Indian film to win the Golden Reel Award. 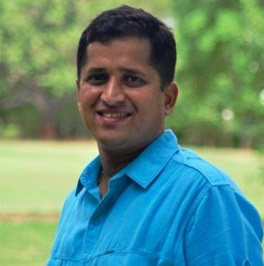 ‘Mara Pappa Superhero’ tells the story of a little Gujarati girl’s quest to prove her street vendor father is secretly a superhero. Kanku is a happy-go-lucky girl who can find joy and happiness with the small things in life. While playing with her wealthy friend Kiara, she hears Kiara refer to her father as her superhero one day. Eager to understand, Kanku asks Kiara questions, which leads her to believe her street-vendor dad is also a superhero. So she sets out at any cost to convince everyone of this fact.

Dr. Darshan Ashwin Trivedi, the film director, said, “I am very excited to receive the Golden Reel Award. This film is special as it has practically taken birth in MICA during our lunch breaks. Moreover, film festivals across multiple continents have appreciated the film, a great recognition of Gujarati cinema. We have also received an official selection for yet another prestigious Dhaka International Film Festival, which will be held in January 2022. I am indebted to MICA for providing such a conducive environment to think creatively.”

Says Dr. U T Rao, film producer, “It is heartwarming to see how this film has taken Gujarati cinema to international platforms. After making waves in the international festivals, we now look forward to showcasing this film to our people in Gujarat.”

The film, written by Raam Mori, has Bhavya Shirohi, Abhinay Banker, Shraddha Dangar, Revanta Sarabhai, Priyanka Raja, Bhushan Bhatt, and Bharat Thakkar as actors. The film is cinematographed by Tapan Vyas, the music of the film is composed by Nisthith Mehta, and the editor of the film is Burzin Unwalla.