Ashwamedh 2020 – Emerging Technologies and the Future of Supply Chain

X-Ops, the Operations Committee of XIMB, hosted their flagship event and annual business conclave, ‘Ashwamedh 2020’ on the 15th of November, 2020. The theme of the conclave was ‘Emerging Technologies and the Future of Supply Chain’.

Professor Arun Kumar Paul, moderator for the conclave, began the talk by introducing the speakers to the various committees XIMB has to offer and acclimatizing the students to the basic concept of Supply Chain Management and how rapidly it has been changing in reaction to the dynamic environment.

Mr. Priyaranjan Kumar, Chief Operating Officer, Iconic Fashion India, served as the first speaker for the day. He talked about how supply chain management is like playing a game of football wherein each player has to efficiently play their part in order to avoid hiccups. He further pointed out that the D2C channel had been existent for a while but it is much stronger in this day and age. According to him, supply chain and logistics would play an integral role in the future. 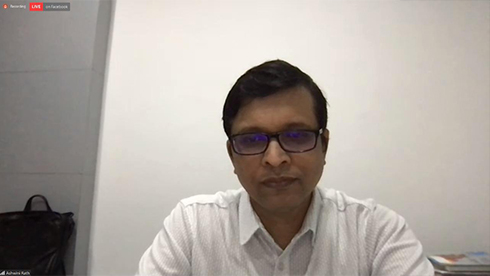 The second speaker for the day was Mr. Umesh Joshi, Associate Director, Perfetti Van Melle. He started off by discussing his learnings from the various industries he has been associated with and proceeded with explaining the rapid shift in the use of technology for supply chain optimization due to the unprecedented surge in demand brought about by the pandemic. He further walked the students through the emerging technologies such as IoT, autonomous road transportations, and CSR, that are necessary for demand forecasting and meeting the evolving consumer expectations.

The third speaker for the day was Mr. Amith Raman, Chief Operating Officer, Inker Robotics. Mr. Amith Raman elaborated on the future of supply chain using robotics and how in about 10 years 50% of the jobs would be converted to automation yet only 5% would be eliminated. According to him, humans would have to work in tandem and co-exist with the technological changes. Mr. Raman stressed on the importance of right data and how it’s imperative to collect the right one before adapting latest technology. He stated that technology is more of an enabler for the business and how it aids in data analysation to accurately gauge its impact on.

The final speaker for the day was Mr. Vinod Kumar, General Manager – Distribution, CEAT Tyres Limited. He further strengthened the points put forth by Mr. Umesh Joshi when he pointed out that there has been a rapid shift in the use of technology, especially blockchain, for the supply chain due to a sudden surge in demand brought about by the COVID19 pandemic. He also outlined the need for adoption of technology and aligning it with the need of the customer and organizational purpose. 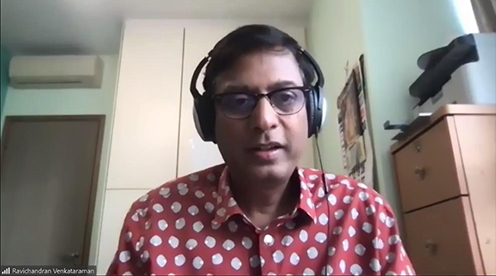 Once the panel members were done with their speeches, it was time for the Q&A session, where the students asked insightful, inquisitive questions. X-Ops’ annual magazine, ‘Ashwamedh’ was also launched. The event came to an end with Alok Kumar Hota, the Student Coordinator of X-Ops, proposing the vote of thanks.

Envision 2020 – Role of AI in changing business amidst COVID

XSYS, the Systems Association of XIMB, hosted their flagship event and annual business conclave, ‘Envision 2020’ on the 15th of November, 2020. The theme of the conclave was ‘Role of AI in changing business amidst COVID’.

Professor Sanjay Mohapatra, moderator for the conclave, began the talk by acclimatizing the students to the concept of AI, its reliability for business and its role in a post COVID world.

The first speaker was Mr. Ashwini Kumar Rath, Director and CEO, Batoi Systems. Mr. Rath spoke about the importance of technology in order to sustain a business. He further emphasized the point that AI is a job creator that demands resilience, innovation and creativity. According to him, technology can and has failed, but that does not mean it’s not evolving nor its usage has stopped growing.

The second speaker of the day was Mr. Ravi Chandran, Head Technical Marketing, CISCO. Mr. Chandran touched upon the important nuances of AI and its two crucial aspects, namely, Machine Learning and Speech Learning. He further strengthened Mr. Ashwini Rath’s points of how critical AI intervention mattered to sustain a business. According to him, while informal situations are lost due to the pandemic, AI can use historical data, to an extent, to predict what can happen in a deal.

The third speaker of the day was Mr. Soumya Banerjee, Research Lead of Marketing Transformation, TCS. Mr. Banerjee spoke about the importance of AI which can not only help set up new user experience and consumer trends, but also enable business continuity, and reimagine the value chain; after all, information is the new oil.

The fourth speaker of the day was Mr. Soumya Mishra, Co-founder and Chief Operating Officer, Mindfire Solutions. Mr. Mishra believes that with the advent of AI, Healthcare and Fintech companies are proving to be game changers and can be the next big thing. In addition to that, he shared his invaluable experiences highlighting the various AI applications in multiple fields and the enormous scope that AI is yet to bring to the industry in the future.

Once the panel members were done with their speeches, it was time for the Q&A session, where the students asked insightful, inquisitive questions. The event came to an end with Sidhartha Swain, the Student Coordinator of XSYS, proposing the vote of thanks.