The Indian Premier League (IPL) is a professional Twenty20 cricket league in India contested during April and May of every year by 8 teams representing 8 cities of India. The league was founded by the Board of Control for Cricket in India (BCCI) in 2008, and is regarded as the brainchild of Lalit Modi, the founder and former commissioner of the league. IPL has an exclusive window in ICC Future Tours Programme.

The IPL is the most-attended cricket league in the world and in 2014 ranked sixth by average attendance among all sports leagues. In 2010, the IPL became the first sporting event in the world to be broadcast live on YouTube. The brand value of IPL in 2018 was US$6.3 billion, according to Duff & Phelps. According to BCCI, the 2015 IPL season contributed ₹11.5 billion (US$182 million) to the GDP of the Indian economy.

There have been eleven seasons of the IPL tournament. The current IPL title holders are the Chennai Super Kings, who won the 2018 season.

Q3. What is the antonym of the world “professional” w.r.t it’s usage in the passage?

Q4. In which year IPL became the first sporting event to be broadcast live on an online platform? 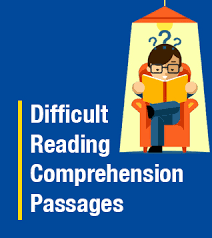 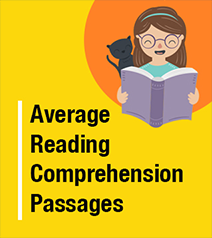 Football is a popular sport in India. Football has enjoyed popularity in Kerala, West Bengal, Goa and north-eastern India which consists of Assam, Manipur, Meghalaya, Mizoram, Nagaland, Tripura, Arunachal Pradesh and Sikkim. India's current top domestic league, I-League, was formed in 2007 in an attempt to professionalize domestic football. In 2013 the Indian Super League was formed as an unrecognised professional league with 8 teams to promote Indian football to the country and world. After three seasons, the Indian Super League was recognised as a top tier league, running in parallel with the I-League, thus leaving India as one of the few countries with two fully recognised top tier leagues. Also contested is Santosh Trophy, a knock-out competition between states (provinces) and government institutions. The current captain of the Indian national team is Sunil Chhetri. India is currently ranked 103 among the FIFA World Rankings.

Q1. According to the passage which states does football enjoy popularity in India?

Q2. Why was the I-League formed in India?

Q4. Which word in the passage means ‘endorse’

The leagues inception was influenced by the popularity of the Kabaddi tournament at the 2006 Asian Games. The format of the competition was influenced by Indian Premier League. The Pro Kabaddi League uses a franchise-based model and its first season was held in 2014 with eight teams each of which having paid fees of up to US$250,000 to join.
There were doubts over whether the PKL would be successful, noting that there were many leagues attempting to emulate the IPL's business model and success, and that unlike cricket, there were relatively fewer well-known players in Kabaddi. However, it was also noted that kabaddi was widely played in grassroots community settings, and could thus attract a wide variety of rural and metropolitan viewers for advertisers to target if the league gained significant traction.

The inaugural season was seen by 435 million viewers, Mashal sports placing it just behind the total-season viewership of the 2014 Indian Premier League season, while the inaugural championship was seen by 86.4 million viewers. Star Sports, the PKL's broadcaster, subsequently announced in 2015 that it would acquire a 74% stake in the league's parent company Mashal Sports.

For the 2017 season, the PKL added four new teams, and changed its format to split the teams into two divisions known as "zones".

Q1. When was the professional kabaddi league (PKL) started, who was the broadcast partner and what is it currently called?

Q2. What is the ratio of the total number of viewers of the inaugural season vs. inaugural championship?

Q3. Why was there a doubt that PKL would not be a success?

Q4. In what context is the word “zones” used in the passage?

Q5. Because kabaddi is played at grassroots community level, which kind of viewers it could possibly attract?